The moonkick is a movement trick that lets DK gain a lot of height and distance with his kick attack. There are several methods to pull off a moonkick, and it generally works more consistently the more lag is involved. 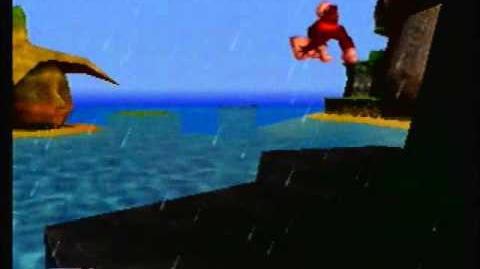 Find a slope that is more or less steep. Run up it and do a regular jump. Just before you touch the ground, press B to do an aerial attack into the ground. Right after that, keep mashing B until you do a kick. If the timing is correct, the kick will send DK flying up high for a considerable distance.

On very steep slopes like the second one in Helm, mashing B right after pressing A is a more consistent way to pull off the moonkick. But in general, you can either mash or time the aerial attack, whichever way seems easier to you.

The way this works is that you start touching the ground while still doing the aerial attack, which lets you do a ground kick out of it. The vertical boost of the aerial attack is somehow added to the kick, making you rise high into the air.

On one hand, the difficulty depends on how steep the slope is. You'll notice that if you're trying it on a very steep slope, you'll be just barely in mid-air with your jump, while on gradual slopes, you'll jump higher into the air. Therefore touching the ground with an aerial attack requires much more precise timing on gradual slopes.

On the other hand, lag makes the moonkick easier. DK moves faster than usual depending on how heavily the game lags, which lets him get closer to the ground while he's jumping. Lag can be increased by having the camera show more textures, like looking at a great portion of DK or K. Rool island. Also, throwing up to four oranges can help in some cases. 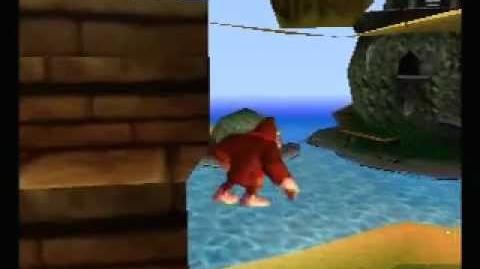 Find a spot with a low ceiling just above DK's head. If you try to jump and it looks like you're immediately stopped by the ceiling, it should be possible to do a moonkick. Run, jump and instantly start mashing B. The ceiling will push you down while you're doing an aerial attack, allowing you to land quickly enough to do a kick out of it.

Lag is very helpful on this method. Try changing your camera angle to get a good slowdown before you attempt the trick. 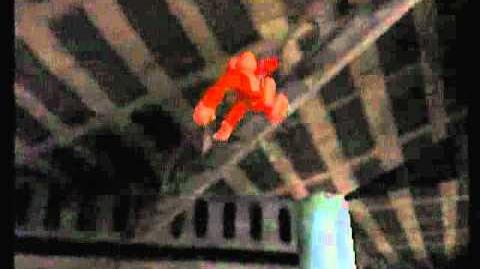 This variation works in few places, such as the square holes on the R&D floor of Frantic Fatory. Run toward a ledge, jump and press B so you barely reach the top. Again, keep mashing B to pull off the moonkick.

On most ledges it's very hard to get a moonkick, but you can try it on a platform that is moving up for easy results.

A Moonkick is simply a Kick with standard initial Y velocity, but the Y acceleration of an Aerial attack.